May’s Google Ranking Fluctuations: What’s Google Doing and How Do You Fix It?

If you’re routinely keeping your eye on SEO tools such as Mozcast and SEMrush Sensor like we are, then your mouth will have similarly dropped open at the vast increase that could be seen in May’s Google ranking fluctuations. Every respectable tool that we checked showed, from May 18th, vast turbulence in the SERP’s (Search Engine Results Pages) meaning that websites in a range of niches were suddenly seeing their rankings drastically drop or, on some occasions, soar.

All of this points to a new Google algorithm update, but so far those in the SEO communities, including experts like Barry Schwartz from Search Engine Roundtable, are scratching their heads as to just what is actually going on. Taking a look at the broad spectrum of sites that have been impacted, no clear correlation is being spotted as to why they have been targeted. In true Google fashion, no official confirmation or announcement has been made.

From the various tools available, it’s clear the potential update occurred around 17th – 18th May, and we’re still seeing a rippling impact even over the last few days. 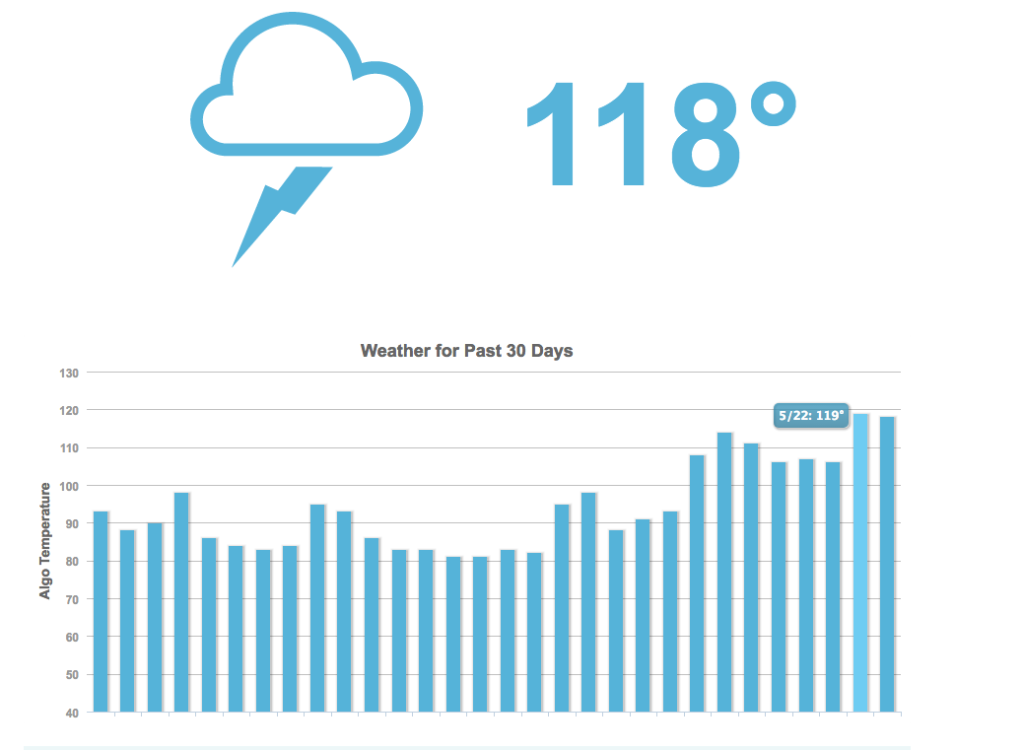 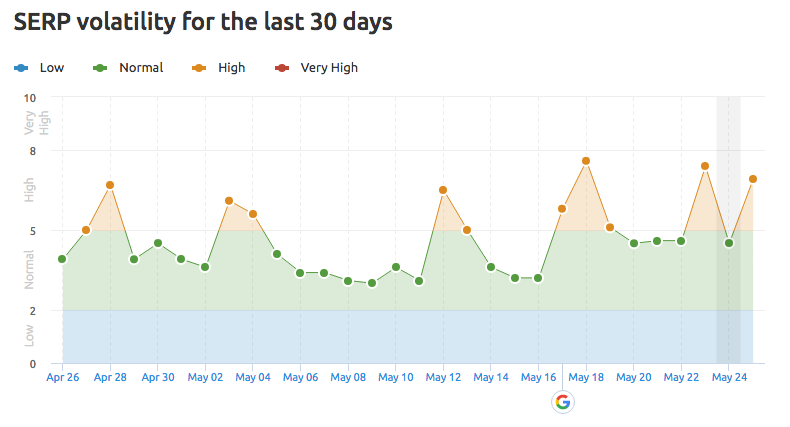 What is causing this change?

Speculations have arisen that this May’s Google ranking fluctuations are to do with featured snippets, but nothing seems to be pointing to that other than the fact that Google was recently testing changes to featured snippets. This doesn’t actually correlate with the sites that have been affected, so I think we can scrap that theory.

Penguin and Panda are being thrown around a bit as the algorithms that may be affecting things, but ultimately that seems to just be because the level of volatility is similar to that seen with the initial roll out of these two; they both run themselves now, so we’re unlikely to see big fluctuations that only come from new rolls outs.

The main algorithm that I’m turning my attention to is Fred; very little was known about the Fred update when it hit, and there’s still a general uncertainty as to exactly what it was targeting and why some people were affected. Could this be a continuation of that? All we can hope is that patterns will begin to emerge that allow things to become clear.

As always with Google Algorithm changes, the worst thing one can do is to start panicking and ‘fixing’ things on their website that actually aren’t broken in Google’s eyes. Until the dust has settled and the fluctuations have levelled out, we simply can’t be sure as to what has caused this or what Google is targeting. My advice: stay aware, stay vigilant and note any changes that you’re seeing to your site or your clients’, to be looked into once the SEO world has more information.

If you’re worried about the impact that May’s Google ranking fluctuations have had to your website traffic and rankings, speak to a knowledgeable SEO agency like Active Internet Marketing (UK); we’ve been dancing Google’s merry dance for many years and are always up to date on breaking SEO news, so can advise you on the very latest in best SEO practices. Call us today on 0800 7720650.

This website uses cookies to improve your experience while you navigate through the website. Out of these cookies, the cookies that are categorized as necessary are stored on your browser as they are essential for the working of basic functionalities of the website. We also use third-party cookies that help us analyze and understand how you use this website. These cookies will be stored in your browser only with your consent. You also have the option to opt-out of these cookies. But opting out of some of these cookies may have an effect on your browsing experience.
Necessary Always Enabled
Necessary cookies are absolutely essential for the website to function properly. This category only includes cookies that ensures basic functionalities and security features of the website. These cookies do not store any personal information.
Non-necessary
Any cookies that may not be particularly necessary for the website to function and is used specifically to collect user personal data via analytics, ads, other embedded contents are termed as non-necessary cookies. It is mandatory to procure user consent prior to running these cookies on your website.
SAVE & ACCEPT