As content creators, we are told day in day out to create ‘good, unique’ content to get our websites noticed. This phrase is often sprinkled amongst other terms such as ‘shareable’, ‘engaging’, and my personal favourite, ‘viral’. We are right to strive towards these goals, as ultimately we are looking to inform our readers and potentially even alter their opinion on a topic; however, the challenge lies in how we achieve these high levels of engagement.

Sometimes we need to present an idea that will spark debate, however, there is an art to this, an art that if gotten wrong can turn into every content marketers worst nightmare: clickbait. In this blog post, I aim to discuss fail safe-ways to introduce potentially controversial content to your website without opening yourself up to a backlash that could be harmful to your brand. 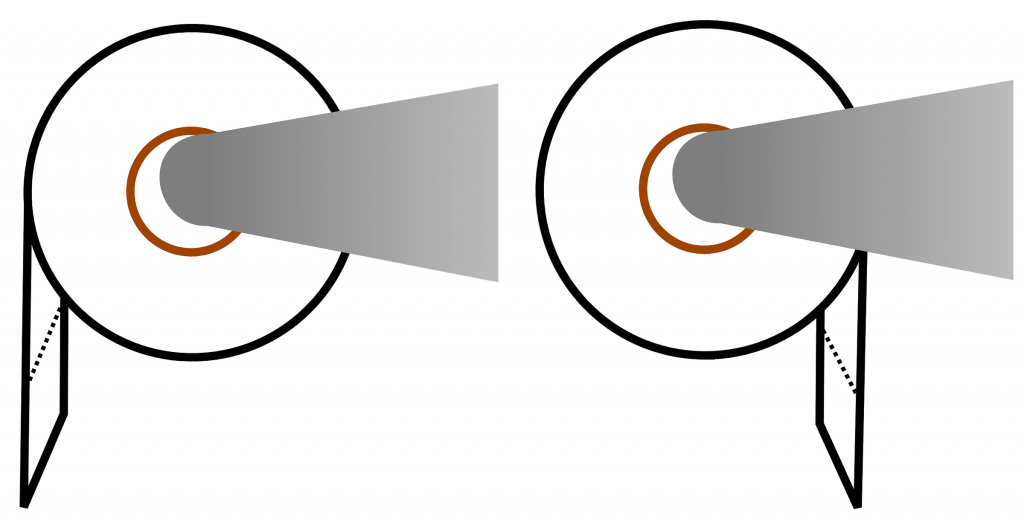 It’s all very well creating controversial content, but it has to be the right sort of controversial content. It is important to pick a topic that encourages debate without insulting or offending anyone. Readers are often deterred from commenting on high-publicity stories for fear of having their opinion torn to shreds by those around them. However, people are often extremely vocal when it comes to discussing content of ‘low’ controversy, such as which way round a roll of toilet roll should sit, a debate that can spark conversation for an entire lunch hour (we know, we checked).

When working out whether your subject is of ‘high’ or ‘low’ controversy, consider how personal the subject is. Is the topic attacking a certain person or group? Is it criticising an idea or ideology that your readers affiliate to? The reason the toilet paper strategy is so successful is that although it drives arguments and emotion, it is not attacking the subject of the debate, more so creating a platform for conversation. You want to drive engagement and questions, but not at the expense of others.

We should be striving to stir up debates that people feel strongly about, but that don’t hurt people’s feelings: a debate that will leave people desperate to leave their opinion, but that avoids offensive topics. An example of the type of controversial content to avoid would be the article we all remember where Katie Hopkins referred to refugees as ‘cockroaches’. This is an extreme example that not only incited national outrage, but also caused the police to become involved. The charges were later dropped, however the backlash from those comments has tainted Katie Hopkins’ image, and not for the better.

Therefore, if you’re considering calling your next post “9 Reasons Why I Hate Puppies”, put your pen down right now.

Damage Control: Start conversations around low-controversy subjects to generate engagement without damaging your reputation. Do not approach the subject with an agenda, or twist statistics to fit with your audience, as they will catch on. Instead of setting out to prove a point definitively, consider asking the question: ‘What is the reality of this situation?’.

Creating clickbait will NEVER pay off

Controversial content needs an enticing title, however, it is vital to remember that we are not creating clickbait here. We are creating genuinely valuable content. Therefore, you need to make sure that whatever you put in the title is then answered within the body of your text, otherwise you’re writing the dreaded ‘clickbait’.

If a reader clicks on your ‘12 Genuine Reasons Why THIS Is the Right Way to Put the Toilet Paper’, they are either looking for affirmation, or the chance to refute your case. You need to give them those 12 solid reasons, otherwise you have lead your audience on and have reduced their trust in your brand. Either offer a genuine argument, or a tongue-in-cheek reason, or even a gifset – but make sure you offer some form of evidence that backs up the point that your title poses.

Damage Control: It is easy to accidentally create clickbait when trying to write engaging titles. Nathalie Nahai created a fail-safe formula for creating great titles that don’t lie to your audience. If you would like to benefit from her extensive knowledge, then read our account of her keynote talk at BrightonSEO in April 2016.

The last thing you want as a company is to open yourselves up to criticism for taking the ‘wrong’ side. As the writer, you can still pick a side, however, by aligning your opinion with collected data you are letting the statistics make the point for you; you are merely acknowledging them. This deflects the controversial viewpoint off you whilst still starting a conversation on the topic. It means that any debate around the subject will not be personal, but instead will be alternative interpretations of the information presented to support counter-arguments.

Remember to also present more than one side of the story. Sharing only one side takes away from the authority of your piece. Discussing the opposing side of your argument makes the data more objective, improving your piece’s credibility. Acknowledge in your conclusion that your statistics can be interpreted in a multitude of different ways, and encourage your readers to comment their views below.

This method makes people argue with the numbers or the research instead of with you directly, and it allows you to address some controversial topics that may have been out of bounds before.

Damage Control: This is also a great way to minimise damage should there be any negative response. By letting the data speak, your company itself isn’t making the claims. Be transparent with how you collected your data too; you don’t want readers questioning the validity of your argument because you haven’t disclosed where and when you found your statistics.

As you can see, there are many ways that you can incorporate controversial content into yours or your clients’ ongoing content marketing strategies. Steer clear of highly controversial topics and direct your focus toward areas of low controversy that generate engagement. Back up your arguments with well researched statistics, or even better, carry out your own unbiased surveys. Creating controversial content is about starting a conversation, not ending it.

If you would like to discuss investing in a specialist content marketing strategy for your business, then do not hesitate to get in touch with our dedicated team. Call us today on 01604 765796 to book a consultation with our content experts, or fill out our online contact form.

If you are desperate to know the definitive conclusion to the toilet paper debate, then as always, Buzzfeed has the answer.