What Digital Marketing Can Learn From The Big Screen: Three Great Examples of Film Marketing Campaigns

Coming up with original marketing campaigns can be extremely challenging. Ensuring that you don’t simply default to employing overused cliches is no mean feat; a plethora of ‘unique’ marketing techniques has been utilised over the years and, sometimes, it seems like we’re running out of fresh material. Discounts and puns still have their place, but are becoming obsolete as methods of drawing in new customers. For that, it is essential that we look not to what has worked well in the past, but to what is most likely to have an impact in the future.

Why, then, look at film marketing techniques from almost twenty years ago? If it’s important that we look ahead, won’t looking back at successful campaigns just make us more likely to repeat them? Crucially, the films we’re about to talk about here were successful because they made the most of trends or recent breakthroughs. That is exactly what we have to do to be successful as digital marketers; identifying an upsurge in trends is as sure a place to start as any. While creativity and individuality are almost impossible to manufacture or teach, their principles are certainly not.

By analysing a number of films’ successful campaigns, and identifying some of their shared principles, we will be able to relate their strong points to the wider world of marketing. The film marketing campaigns below have been chosen because of how they stand out. While Jurassic World and Prometheus created websites, and Borat saw its male lead remain in character during several high profile interviews, the three we’ve chosen here did something completely different. It is, therefore, no coincidence that they all started out as a relatively unknown entity before becoming huge hits. Without having, for example, a trilogy of dinosaur films to do the groundwork for them, they had to find something new.

In 1999, the internet was a relatively untapped medium, especially in comparison with today. We recently uploaded a piece detailing how digital marketing has evolved since the 1980s. In that post, we established that the 90s were largely defined, from a digital marketing perspective, by a breakthrough in email marketing and CRM (Customer Relationship Management) technology. With that in mind, The Blair Witch Project really capitalised on recent digital developments to make its marketing campaign a genuine success. We’ve also spoken about The Blair Witch Project before, such is the hugely impressive nature of its marketing tactics.

Due to the nature of the film, a documentary filmed with a camcorder, the marketing team had an opportunity to make the final piece seem more ‘real’. This is where the internet came in; a website full of fake police reports and press releases was readily accessible to the public, creating a sense of mystery and doubt before any trailers had been released. IMDB also listed the film’s stars as ‘missing’ or ‘presumed dead’, while missing person posters were handed out at cinemas. To complete the illusion, the Sci-Fi network showed a fake documentary about the curse of the ‘blair witch’. Granted, The Blair Witch Project’s film marketing team were clearly very creative people.

What is important to bear in mind, however, is that they were still utilising a rapidly expanding platform. Without the internet, their newsreels and reports might have gone completely unnoticed. They certainly wouldn’t have been as effective had they been made into individual trailers, sporadically shown in the middle of a soap opera omnibus. On the internet, the reports could be found by anyone with access at any time. Thus, the film’s audience expanded beyond all expectations. 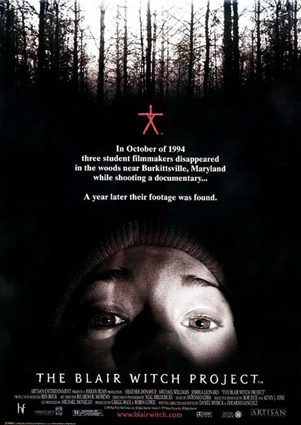 Just as The Blair Witch Project did some eight years before, Paranormal Activity made full use of the internet during its marketing campaign. The difference between the two films’ marketing was, however, unbelievably simple: time. By 2007, the idea of viral internet marketing was beginning to set in. This is exactly what the Paranormal Activity team utilised, leading to an early example of viral film marketing. By making their potential audience practically beg for their film, they not only created a relatively new technique, but also declared: ‘look how popular our new movie is’!

The Paranormal Activity website included a bright yellow box, containing the words ‘Demand it!’. Essentially, it was down to the public to vote for the first areas to show the film. Clicking on the box allowed you to vote for your city, and to see which cities were in the lead. Not only, therefore, were people drawn in by the film’s trailer and concept, but they were also persuaded by their natural competitive side. Few people want their city to be last on a popularity list and, in some ways, that’s what the Paranormal Activity marketing campaign became. Give people an online voting poll and they’ll vote, regardless of the subject matter; this notion was just becoming apparent as the noughties went on, and it’s at the heart of this campaign.

This viral film marketing technique, again, highlights a conscious effort to identify and utilise a growing trend. The ‘demand it!’ button was something of a risk. Had relatively few people engaged with it online, it would at best have fizzled out, and at worst labeled the film unpopular. Quite the opposite came true, though; the film’s director generated around $100 million from something that cost $11, 000 to make. Just as The Blair Witch Project capitalised on the internet in its relative infancy, Paranormal Activity targeted its early childhood. 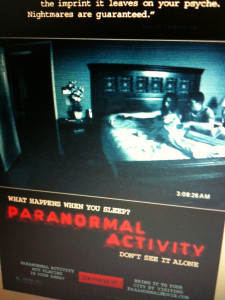 More recently, we had another film marketing campaign that took full advantage of a sweeping trend. Witty (of sorts) billboards and mildly offensive adverts dominated the advertising for Deadpool, but it’s a slightly more subtle aspect of the campaign that makes it so interesting. A Tinder profile for Ryan Reynolds’ character was created, in a bid to portray the film’s protagonist as an attractive, interesting, and even desirable figure.

Tinder was still growing and expanding in 2016 and, crucially, was most popular among the young adult audience targeted by Marvel. As a ‘social dating app’, Tinder has never quite reached the vast audiences that social media platforms such as Facebook has. Therefore, using the app to set their campaign apart represented a brave move from the film’s marketing team. What they did, though, by running an advertising campaign on billboards and releasing mini trailers, was ensure that everyone had access to the film’s buildup. Deadpool emojis were made, too, almost guaranteeing that everyone with a smartphone or social could find their way to the film.

Essentially, the Tinder move was a nice add-on, designed to bring in a specific audience. There is a lot of evidence to suggest that it had a positive impact, too; as well as attracting those who actually used Tinder, the app’s fame meant that even people who only just knew of its existence still appreciated the move. Clearly, Deadpool provides us with another example of a breakthrough in film marketing. Once again, it used a new trend to create a hype. While students and young adults were in the predominant firing line when it came to Tinder, the whole campaign was built on creating an up to date, (almost) relatable character. 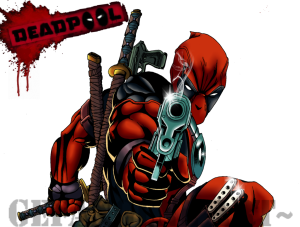 As much as I’ve enjoyed almost exclusively writing about film marketing for the past page and a half, I’d be in trouble if I didn’t bring this back to something relevant to digital marketing. In all seriousness, though, we have already seen how the principles of creativity are identifiable through the way our films have been marketed. Very little of what’s been talked about consists of something you or I couldn’t have thought up.

Essentially, effective marketing will take into account the latest trends, and capitalise on them. In terms of digital marketing, the basic principles remain exactly the same. The trick, therefore, is to narrow down our focus to the digital world. Thankfully, the digital world is one of the broadest, most rapidly-expanding platforms available to us. The importance of identifying trends is one of the core messages we’re trying to get across with this post.

By looking forward, and keeping completely up to date with a wide variety of trends will give us the best possible opportunity to make the most of them. In the past couple of years alone, a number of new trends have emerged and been fully utilised by successful marketing teams. Theresa May, leader of the Conservative Party, recently appeared on Facebook live and conducted an interview. While she refuses to take part in a televised debate, that she is willing to appeal to voters through this medium highlights its dramatic rise in popularity. That Jeremy Corbyn also became involved in the interview, effectively using Facebook Live as a platform for throwing down the ‘TV debate gauntlet’, only adds further weight to this point.

Using Snapchat as a digital marketing tool is another recent innovation, which also reflects a sharp rise in the app’s users, as well as its new, multi-faceted functionality. Walt Disney World has taken full advantage of this opportunity, ‘snapping’ their attractions and including them in snapchat stories.

Now the bit you’ve all been waiting for. This is where I tell you exactly what the next trend will be, exactly how to use it, and exactly when to start campaigning through it. Obviously it’s not that simple, but these three considerations are what need to be established for anyone looking to take advantage of the new. Arguably the newest, biggest craze is Facebook live. While your friends might have been using it for some time now, one of the country’s leading politicians has just taken full advantage of it, as if it were the norm. That should be evidence enough of the features’ monumental rise. Add into the equation the fact that Match of the Day have been using it all season, while BuzzFeed, Chevrolet and Airbnb have also discovered its potential. It has not, however, peaked yet.

Vines may have come and gone, but I suspect that there is a lot more to come from Facebook Live. Augmented reality would surprise very few if it became an integral part of marketing campaigns throughout 2017. Last year, Pokemon Go captured the increasingly obsolete imaginations of ex-Pokemon lovers and new enthusiasts. Mark Zuckerberg has already confirmed that Facebook have began to develop an augmented reality feature, which is a clear sign that it’s being taken very seriously. Quite how augmented reality can be utilised by digital marketing teams is entirely down to the individual marketing teams themselves, but it’s definitely a digital advancement that is ripe for exploration.

Finally, chatbots are becoming more and more common online. Developing messenger systems that can independently operate and ‘talk’ to customers represents a relatively new idea. While plenty of online services involve chat options, having a programme that can talk to you independently is a new innovation. Throughout 2017, keep an eye on how these bots develop; it might not be long before they’re a part of the next successful marketing campaign.

While I have suggested, here, some interesting trends that could constitute the ‘next big medium’, there is absolutely no way that I can tell you everything. I will be sitting here, blissfully unaware of potential game-changers. There is far too much scope and potential for anyone to definitively set out how platforms will continue to develop. From here on in, it’s up to you to unlock your creative side and to spot the opportunities.  Here at Active Internet Marketing, our team is full of creative individuals, who are constantly searching for new opportunities. We work in a bespoke, individual manner, and tailor all of our campaigns to suit our clients’ needs. To see how we could help your company or business, contact Active Internet Marketing today. You can fill out one of our online contact forms, or call us on 01604 765 796. We look forward to hearing from you!