To AdBlock or Not To AdBlock: Does Advertising and Marketing Deserve Freedom of Speech?

In a some-may-say controversial move, the government have watered down their efforts to target childhood obesity, which includes a decision to backtrack on a junk-food advertising ban. This decision comes only weeks after Facebook began a move towards circumventing AdBlock and other such programmes, a move that will ensure that anyone and everyone will begin to once again see a myriad of adverts on their previously clean screen.

A tenuous link this may seem, but tenuous it is not. In both cases, we’re seeing a decision from the big boss’ to remove (or to not implement) censorship on advertisements, and to instead ensure that we are kept up to date with all of the latest weight loss pills and exciting deals from a Nigerian Prince.

For many, this is worthy of public outcry. We have a right to only consume the sales pitches we choose to find on our screen – just as we have a right to plug headphones in when walking past Doomsday Larry who is always screeching on about the end of the world from his overturned shopping-trolley soapbox. And yet, is blocking adverts, or marketing altogether, really the equivalent to blasting some Mozart in our ears to drown out Larry? Or is it more akin to taking Larry down from his trolley, taping duct tape over his mouth, and putting a cardboard box over him so that his muffled shouts and questionable appearance will no longer harm our delicate sensibilities?

Censorship, ultimately, is still censorship. It is described as “the suppression of free speech, public communication or other information which may be considered objectionable, harmful, sensitive, politically incorrect or inconvenient as determined by governments, media outlets, authorities or other groups or institutions.” That, to many minds, is not just a mouthful but is also an inherently bad thing. The decision regarding what to censor is a subjective one.

The Chinese government has deemed it ‘inconvenient’ to mention Tiananmen Square to anyone in China, online or otherwise. One could argue that it is different when advertising or marketing is concerned because they are trying to sell you something using intellect and trickery (or sheer bombardment). If the authorities-that-be decide it is ‘inconvenient’ for me to write this content now, there is nothing I could do to stop them blocking it, and maybe no one would bat an eye. It is, after all, technically a piece of marketing, as most online content is, and we’re all OK with the censorship of adverts through AdBlock so why not marketing? Why not all writing that is selling something?

But, what of the great literature that has been censored over the years? Was Lady Chatterley’s Lover by D.H. Lawrence not ‘selling’ us a new moral compass for women at a time of repression? Was George Orwell’s Animal Farm not selling people a controversial and provoking portrayal of the USSR? 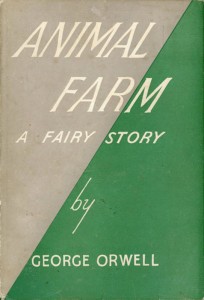 I promised management that I wouldn’t mention 1984. Censorship, am I right?

And what of adverts that are deemed to be for the greater good, such as Amnesty International’s advert that fights against censorship by teaming up with AdBlock and promoting… censorship for everyone’s advert except their own?

The concept here is that adverts are fine as long as they are good and moral and just. But, we all know the age-old argument here: something is only as good as the people controlling it. Right now AdBlock is supporting Amnesty International – of course, no one could have any complaints there. But, what if they decide to start supporting others? Maybe people without such a humanitarian goal but simply a cause that AdBlock happen to agree with? Or, as inconceivable as this is, what if they went so far as to actually make exceptions for big companies that have enough money to sway them? But, we trust they’d never do that. Oh, wait.

Many bring the AdBlock argument round to the idea of freedom of speech. Some argue that the blocking of adverts is the blocking of that freedom. Others counter that freedom of speech is not the same as the freedom, or the necessity, to be listened to. However, Larry is up there screaming in his cardboard box and that duct tape induced loss of vowels sure doesn’t feel like freedom to him. Just as advertisers argue that they should be free to speak to you, you are free not to listen or to simply look away.

The blurred line lies in whether the listener should still have said speech in their vicinity so that they can then make the choice to listen or to turn away; whether you should give the advertisers the opportunity to present you with something valuable enough to listen to. Alongside this comes the argument of payment for content consumption. For many small online publications, adverts are their only source of revenue. As phrased eloquently by Mark Thompson, the New York Times editor, “no one who refuses to contribute to the creation of high quality journalism has the right to consume it.” By blocking adverts, many would argue that you are blocking payment for the content that you are regularly hoping to enjoy.

Active Internet Marketing (UK) doesn’t deal in advertising, so this, theoretically, could be something that doesn’t concern us. We produce valuable content for marketing purposes for our clients, and this, in turn, helps them to rank better in search engine results. We are lucky enough to be operating in a sphere where content censorship is not prevalent, and we don’t make pop-ups or banner adverts that cause people to whip out their AdBlock software.

Yet, the link between content marketing and advertising is entirely tangible – both are created in order to sell a product or service and both can be engaging, useful, and wanted; we wrote a blog post recently about how some adverts are akin to art and can start whole movements. However, advertising became irritating and as such got duct taped up in a dark cardboard box. Could that happen to content? How many times have people bemoaned clickbait articles – captivating headlines that encourage you to hit that left mouse button before leading you to a page that offers you no use whatsoever and has just wasted your valuable BuzzFeed time?

That is content marketing; it is bad content marketing, but content marketing nonetheless. It may be a matter of time before that is deemed just irritating enough to censor, too. Obviously, Active Internet Marketing (UK) will never churn out clickbait articles. However, who decides a content pieces’ use? Who decides when it becomes “inconvenient”? And how long might it be until someone makes the decision that not just advertising, but all sales-targeting is a “harmful” thing because, let’s say, it encourages your children to eat junk food?

Do you use AdBlock? Do you consider any censorship to be bad censorship? Let us know your thoughts about the future of advert censorship and what this could mean for marketing in general by tweeting us: @ActiveIMUK. If you’re interested in reading more about the world of marketing and how it can affect your business, take a browse of our blog and case studies pages and find out just what we get up to at Active Internet Marketing (UK).