Around this time last year, we set out some bold predictions for the digital marketing world of 2018. It’s always useful to look back at yourself a year on and assess how far you’ve come, and that’s the idea with our latest blog post. Well, it’s half of it; we’re also going to share three more predictions for 2019. 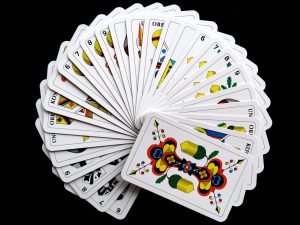 Last year, we predicted the expansion of three existing facets of digital marketing: influencer marketing, social media, and voice search. Specifically, we expected an increase in the number of SEO strategies using influencer marketing, the introduction of a Google algorithm to value business’ social media presences, and voice search overtaking typing as the most common search type on mobile. Let’s take a look at how these predictions played out over the course of the year.

Our starting point was strong. Influencer marketing definitely continued to be extremely important throughout 2018, and almost certainly found its way into more SEO strategies. The only issue we’ve got is that it’s all quite hard to measure. Plenty has been written about why influencer marketing can improve your SEO, and what you can do to incorporate it into your strategies, but an actual quantifiable stat telling us that “X amount more people consider influencer marketing an essential part of their SEO strategy” is a little harder to find.

Our second prediction is arguably the most clearly inaccurate one. Far from seeing a Google algorithm that supports businesses with a strong social presence, it’s now even harder than ever to make it as a business on social media. Back at the start of the year, Facebook shifted its algorithm to favour more “personal” posts. This move made it essential for businesses to interact with their followers and customers which, while not ruling out the success of Facebook business profiles, made things tricky for SMEs. There certainly wasn’t a core Google algorithm update that valued businesses with strong social media presences.

Voice search, and its preponderance (or lack of) in the world of mobile searching, is actually quite easy to measure. Yay! Finally some statistics. Let’s get straight into it and dissect two very interesting ones.

As is evident from that second point, we missed the mark slightly when we said that voice searching would overtake typing on mobile searches in 2018. That was always perhaps slightly ambitious, but it’s clear from data provided by Google themselves (point number 1) that voice search is very much on the up. “50% of all searches” is likely to include searches using home assistants, but it all counts.

Verdict: incorrect, but not far off …

As the previous section clearly highlights, predicting trends in the world of SEO and digital marketing is tough. It’s always going to be, too, and that’s no bad thing; if everyone could predict what 2019 has in store for us, there would be no point in anyone trying anything. Part of the key to developing a successful strategy is discovering the next big thing. If you can do that before others in your sector, you’ll be rewarded with improved results. As we did last year, we should emphasise that absolutely none of this is confirmed. It’s from the informed perspective of our industry experts, but it’s impossible to categorically say what will happen unless you state the obvious. Our predictions are based on our own knowledge and research, rather than a tried and tested set of tarot cards. With that in mind, let’s get straight into it and put forward three predictions for the world of SEO world in 2019. 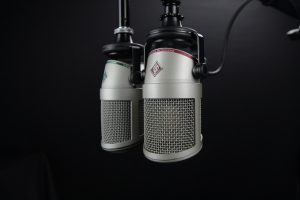 Not exactly a risky start, is it? We’ve already established that voice search is clearly on the up as a mode of finding information, and that looks set to continue. If it does turn out that way, then it’s not too much of a leap to suggest Google might do their utmost to keep up with the times. What better way to do that than to release an algorithm update specifically tailored to voice searches? They’re already playing the game, with Google Home representing their take on the now obligatory home assistant. Expect them to incorporate this product further and further into their core algorithm. In terms of the shape a Google voice update (“Google howler monkey”, perhaps) might take, there are a few ways the search engine could change its rankings factors to accommodate those who prefer speech over typing.

One could include placing more importance on FAQ pages. Due to their conversational tone, it’s easy to see why these pages would likely be crawled by search engines in a bid to answer a voice query. It’s also likely that Google will add some way of prioritising conversational keywords. Just as it did with Hummingbird, it would be no surprise at all to see Google release a further language-based update. As a final point, using structured data markup (or schema) to point search engines to the most relevant parts of your content could prove to be increasingly important. Pointing Google to the parts of your content that best answers people’s questions might be the difference between you and your competitors.

Your best bet on all of these fronts is largely to follow the same principles you would if you were trying to rank in a featured snippet, or position zero. Voice searches often result in featured snippets being pulled, so it’s a good idea to try and start appearing in as many of those as you can if you want to appear in voice searches.

Prediction: a voice-specific algorithm will be announced

No, we’re not predicting a Skynet-esque takeover here. We are, however, predicting that Google will want to take back as much control as it possibly can. It’s always looking for an opportunity to a) make the jobs of SEOs much harder and b) provide an all-encompassing service to customers. Why click on that website’s content when Google can just tell you, straight up, how many miles it is to the sun? Expect a growth in no-click results over the next 12 months, and the continued reduction in click-through rates from organic traffic.

This view is one that Rand Fishkin, esteemed SEO speaker, has argued in favour of for some time now. We were lucky enough to see him give a presentation on the subject at Brighton SEO back in September, where he succinctly explained exactly how we’ve got to this stage. Essentially, he argues that Google’s 90-plus% share of the search market has led them to stop caring about what we (as creators of content) want. Now, they don’t need to give websites any clicks as there’s no danger of Bing or Yahoo usurping their position at the top of the search engine tree. As a result, they have seemingly decided that they’ll answer users’ queries on their own interface. In terms of the milestones on Google’s flight course for world domination, that’s a little harder to ascertain. It’s definitely possible to make an informed estimate, though.

If we make the assumption that they want as many people as possible to get everything they need from a query on Google itself, then there are a few upcoming changes that don’t seem too far off. For example, the expansion of their knowledge panel to feature new elements, such as payment options, could be closer than you think.

Prediction: a further reduction in organic CTR, and a further expansion of Google’s rich results

The importance of speed in SEO is growing and growing. We’re not even just talking about website speed, either. Everything in the world of search these days has to be fast. It’s not necessarily about being fast to beat your competitors, either. If you want to have any hope of even being considered, your content needs to be up there with the most easily-digestible, informative offerings out there. We can expect to see tougher penalties on slow pages, but that’s already started happening. If your site takes 5 seconds to load, your bounce rate will soar, significantly reducing your traffic. That in itself is a penalty of sorts, so Google perhaps doesn’t need to do too much more.

We will continue to see an increase in the number of metrics that value browsing speed highly, though. While the SEO community battles within itself to find the most effective way to quickly communicate with their customers, Google will also be looking for easy-to-crawl content. If we accept the fact that they’ll be taking even more information from a range of websites for their own rich results, then it’s safe to say that they’ll be looking for content that makes its point both clearly and early. Again, the principles are very similar to those applied when aiming for a position zero ranking, so read up!

To sum up, that’s a voice search algorithm, lower organic click-through-rates, and the increased importance of fast content. We’ve avoided anything too specific here as general themes throughout the year will be more important than specific events, and all three look very likely to be pretty accurate. Of course, as is always the case with these very subjective pieces, something could throw a spanner in the works and make us all look stupid. The chances are, though, that our three “predictions” will all appear with reasonable frequency on online forums next year. There’s also a clear theme shared across the board here: rich results.

We’ve mentioned them in all of our paragraphs, and it’s clear that they’re going to be more important than ever as the 2010s draw to a close. If you’re not already doing it, then we would strongly advise looking into ways you can start appearing more frequently in these kinds of searches. Everyone’s going to be competing for them, so it’s essential that you don’t get left behind. To hear more about our thoughts on 2019 from an SEO or digital marketing perspective, please do get in touch. Our industry experts are always more than happy to share their thoughts, and we’d love to hear from you. Call us on 01604 765 796, or fill out one of our online contact forms.